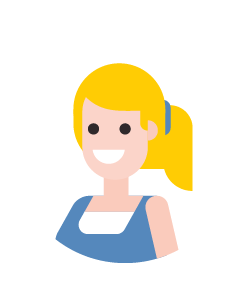 Most people graduate from high school when they're about 18, and from college in their early 20s. But learning and education should not end when you finish school. Many industries require their employees to take continuing education courses so they can continue to hone their skills and stay up-to-date with the latest advancements in their industry. Even if your industry does not require continuing education, taking adult education courses is a great way to keep your brain engaged or explore a new field. We're here to offer the information you're seeking about adult education — from the best classes to take, to tips to help you succeed. Knowledge is power, and we hope this knowledge will assist you as you continue towards your educational goals.

You Want to Work for a Commercial Airline

You might be able to picture yourself working for a commercial airline. There are all sorts of different jobs that you can do for a commercial airline, but one exciting and lucrative option is to become a commercial pilot. Many airlines are very strict during the hiring process, so you should check into the requirements to become a pilot for the airline that you have in mind. Typically, though, one of the first things that you will need to do is to go to flight school, so this might be something that you should look into if you are serious about launching a career as a commercial pilot.

You'd Like to Own and Fly Your Own Aircraft

You might not even be interested in flying aircraft for other people, and you may not even have a desire to have passengers on a plane when you're flying. Instead, you might simply be interested in flying a plane or helicopter of your own. You might not think it's necessary to go to flight school or get a pilot's license in order to operate your own plane, but this is not the case. You will still be required to have a pilot's license, and you will need to go to flight school so that you can learn how to operate the aircraft safely and effectively and so that you will be qualified to take the exams and other necessary steps to secure your pilot's license.